This article briefly reviews our observations since early June in orchards either directly flooded in the river bottoms or those indirectly flooded with standing water for months via under-levee seepage. We’ve written previously on orchard damage in early season and summer updates on orchard flood damage. 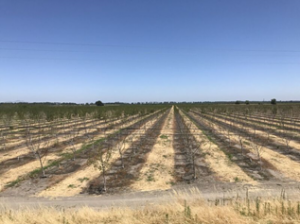 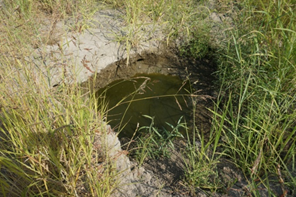 Photo 2. On August 3rd, 2017, the water level was just under 3 feet deep, but the soil was wet to within 15 inches below the surface from capillary rise. Photo: J. Hasey. 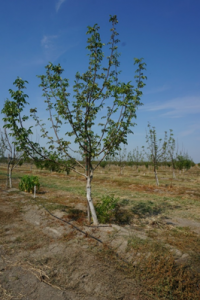 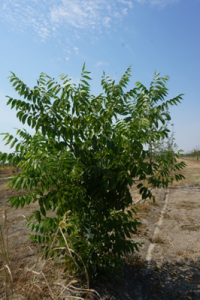 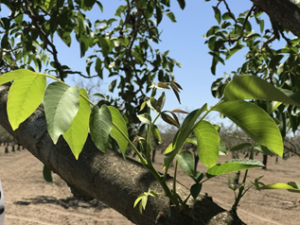 Photo 5. A shoot from an adventitious bud in a Chandler limb on June 29, 2017 in the Meridian Basin. Photo: L. Milliron. 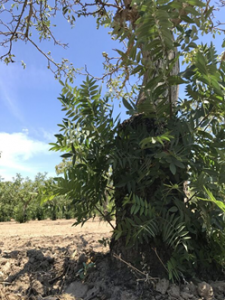 Photo 6. Black rootstock suckering in a Chandler orchard flooded for 4 months next to the Feather River levee in Sutter County. Photo: L. Milliron. 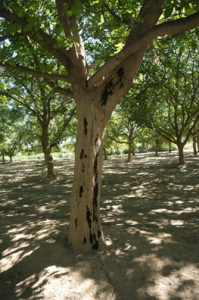 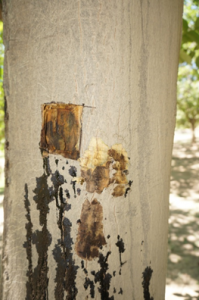 Photo 8. Bleeding cankers associated with aerial Phytophthora on river bottom walnut trees on August 8, 2017. After bark removal, note the margin between healthy and diseased tissue where the canker is advancing. Photo: J. Hasey.

Keep in mind there are likely to be effects seen next year and in subsequent years. It is unknown whether trees that regenerated new shoot growth this summer will fully recover. Growers planning to file claims for Farm Service Agency programs who have not had tree losses assessed yet should contact their local office as soon as the loss becomes apparent.