A new almond planting should last at least 20 years. With the right varieties, a new almond orchard should be profitable for at least 20 years. Many decisions contribute to successfully meeting that target. One key decision is variety selection. Knowledge of the current and past variety planting trends of almonds in California may be helpful in this decision.  Planting trends, total acres planted, as well as acres by variety and county, are released every spring by the CA Department of Agriculture through USDA’s National Agricultural Statistics Service*. Each report includes the last 30 years of planting data.

Current and past planting trends are not absolute predictors of the future commercial success of any variety (Price per pound, market share, etc., should also be considered), but may provide a general idea of future relative production volume by variety. Here are a couple of points I found in reviewing data in the 2018 Almond Acreage Report and the production data in the 2017 Almond Almanac** from The Almond Board of California. 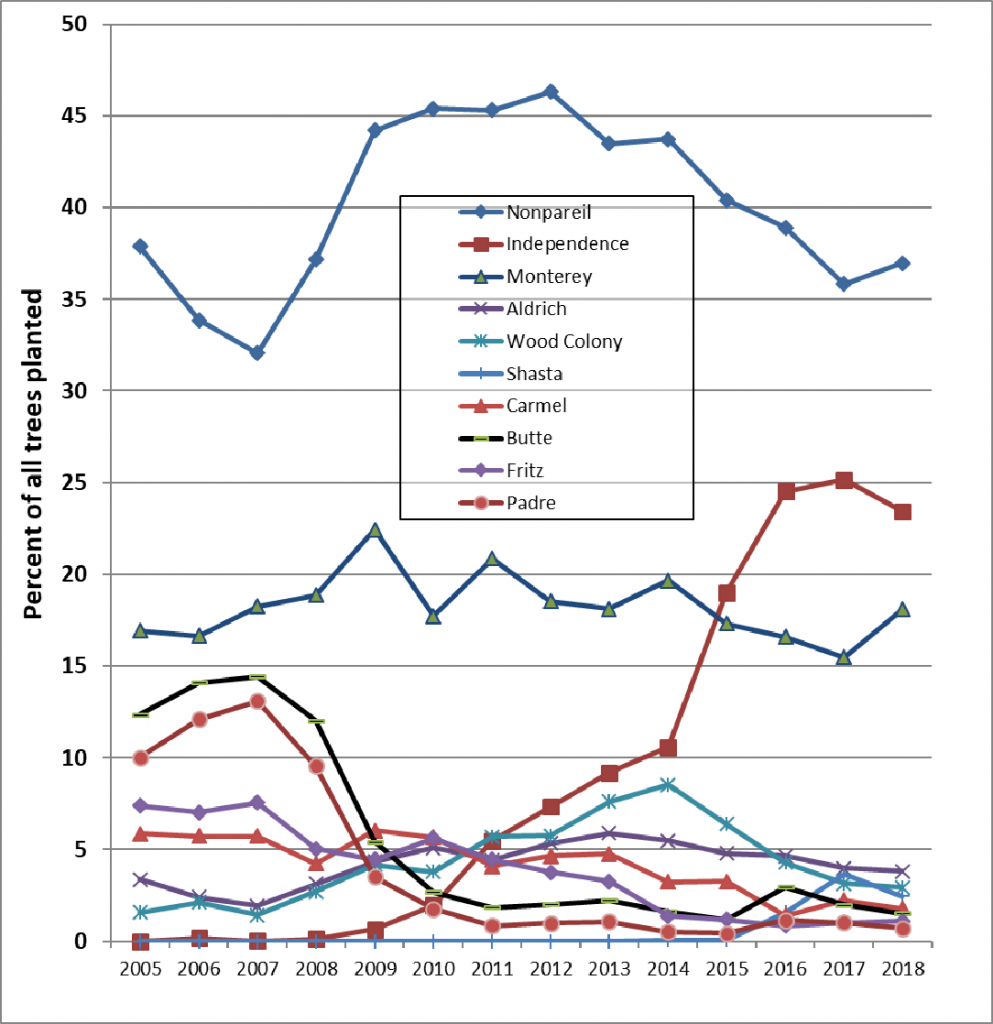 Figure 1. Almond nursery tree planting trends, 2005 to 2018. From top to bottom, the legend reads highest to lowest percentage of the listed varieties for 2018. Data Source: 2018 Almond Acreage Report from CDFA*.