Predicting nut set in any given year is often a bit difficult. A review of the many steps involved in successful nut set may provide a better understanding of just what went wrong (or right) for different varieties across the region at bloom. 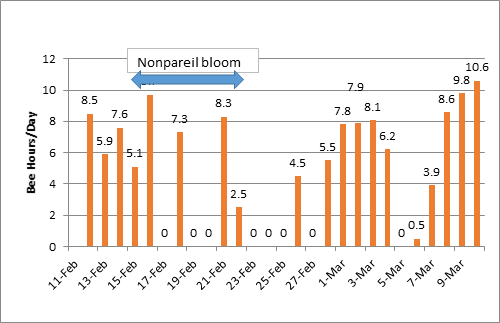 Figure 2. Daily “bee hours” at Nickels Soil Lab, Arbuckle, CA (Colusa County). 2017. A “bee hour” is an hour in during which temperatures are above 55oF, winds are less than 15 mph and it is not raining.