Implementing a herbicide strategy to control the weeds that have survived your summer control program, as well as the newly emerged winter weeds, is a task that exemplifies starting with a clean slate in 2019.

When it comes to weed control, walnut trees do us a favor with their shady canopies at maturity. Despite this, weeds can still present a perennial struggle, particularly in younger orchards. Weeds may be especially competitive as walnut trees begin to defoliate in November, while emerging weeds are primed to take advantage of newly available soil moisture and sunlight (photo 1). 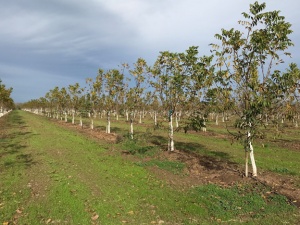 Photo 1: Weeds can be especially competitive in young orchards once trees begin to defoliate in November.

After post-harvest irrigation or early rains, walk orchard blocks in November conducting a thorough survey of the weeds that have survived your summer control program, as well as the newly emerged winter weeds (photo 2). In particular, winter annuals may be emerging in the tree rows. Record your observations on a weed survey form.

Thinking back on weeds present in late summer and at harvest, and tracking weed populations at this same timing each year, allows you to adjust your tactics and make successive gains in your weed control program! Pay attention to problem weeds that are difficult to control because of their biology and/or herbicide resistance. 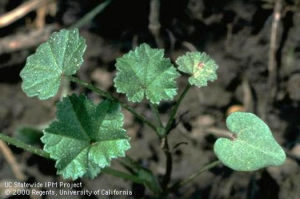 Strip Spray: Following your weed survey, you can work with your PCA to develop a November strip spray program for the tree row, often including a pre-emergent as well as a post-emergent contact material. Post-emergent (contact) materials are used to control the weed population that’s already present. Considerations for these contact materials include resistance management, by rotating through multiple modes of action year-by-year, and/or tank mixing with multiple modes of action. With these contact materials, carefully follow your weed survey, implementing a plan to control current weed populations that may already have herbicide resistance (e.g. ryegrass, bluegrass, fleabane, and horseweed). Finally, always consider the crop safety of your spray program, particularly for young trees and orchards on coarser soil.

When considering a pre-emergent herbicide component, consider a shorter-residual material to sustain a relatively weed free strip through late fall and early winter, until longer lasting pre-emergent materials are applied in December/January that will sustain control well into spring. When applying pre-emergent herbicides watch the weather and apply shortly before rainfall so that rain (or alternatively sprinkler irrigation) will incorporate the herbicide into the soil where it can reach germinating seeds. Pre-emergent materials require this incorporation step to become active. Finally, to improve performance, these materials should be applied to clean berms that have been blown/swept (i.e. paired with navel orangeworm sanitation) ahead of the spray application. Weed and leaf material can protect emerging weed seedlings by tying up spray residue.

The weed susceptibility chart allows you and your PCA to match herbicide classes of both pre- and post-emergent materials with the specific weed populations documented in your survey.