The 2020 prune crop in California was light: averaging 1.45 dry tons/acre. [Total production was 58,000 dry tons from 40,000 acres.] The crop was particularly light in many orchards in the Sutter/Yuba area. What happened? While it’s hard to be certain what caused the light crop, the warm temperatures in early March, peaking on March 12 at 80-82oF (hourly average) just after full bloom, match past weather patterns associated with crop failures (see Figure 1). 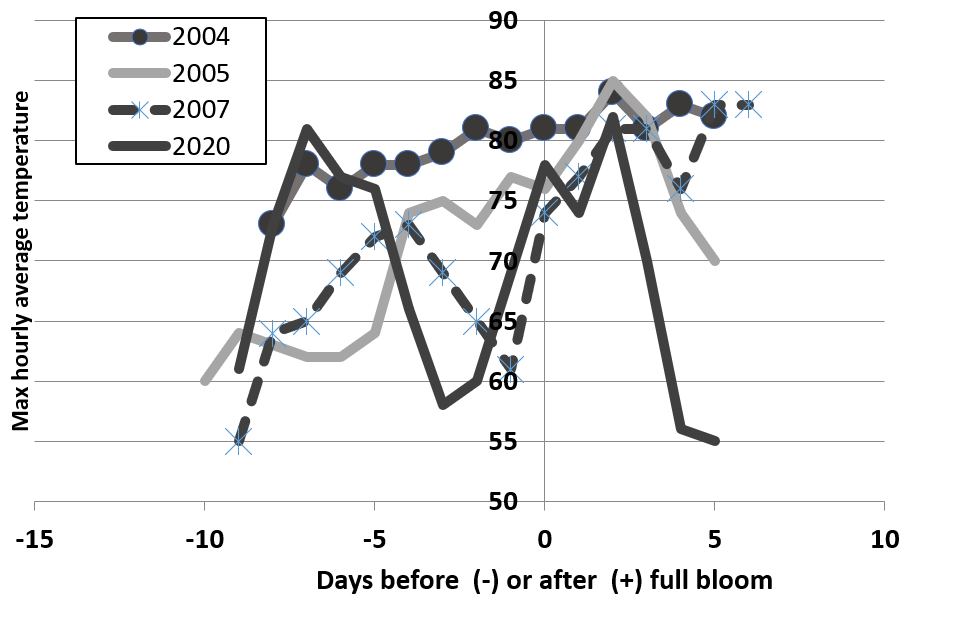 Figure 1. Timing of flower development during bloom and maximum average hourly temperatures in individual orchards in years with very low fruit set. All data are from Sutter County.

The warm temperature right after bloom may have contributed to the light crop in the Sutter/Yuba area and other prune growing regions of the state. The crop set was much better where bloom was earlier or later or temperatures a little cooler (just a degree or two!). (Table 1).

New research will focus on pre-bloom conditions and the impact of higher February and March temperatures on flower development. We will be trying to determine if the problem is just due to extreme heat right around full bloom or if delayed dormant into bloom temperatures have some role in the problem. It is worth noting that all the years with reduced crop per acre were those with early to average bloom timings (Table 2) plus full extreme heat (82oF or more) just following full bloom (Figure 1). 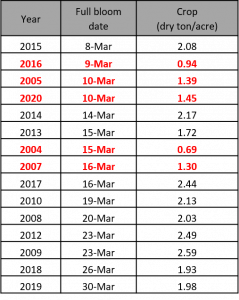 Table 2. General full bloom timing and average prune production per acre for California (2004-2020) based on UC observations and CDFA/USDA crop statistics. Red, bold font is used for all crop years with average production below 1.5 dry tons/acre.

Until more is known about the cause of crop failure associated with heat at bloom, it is recommended that growers run sprinklers, where possible and water available, during bloom while temperatures exceed 75oF. The evaporative cooling delivered by this practice can decrease daytime peak temperatures by one, perhaps two degrees F.