In 2017, high and fluctuating water flows, unprecedented for their duration, passed through the Sacramento and Feather Rivers. Orchards were hurt by these flows due to direct flooding, indirect flooding via under-levee seepage, and loss of land through river bank erosion. Many orchards had standing water from January through mid-May. In other orchards, ditches overflowed with nowhere to pump water out. Unlike previous years where floods occurred from levee breaks, such as 1986 and 1997, trees in 2017 had a much longer exposure to waterlogged conditions. We have written previously about flooding damage generalities and past flood events. Part 1 of this article details our observations on flooded orchard damage as of early June and current research plans; Part 2 will explore management considerations; and Part 3 will provide an update on potential resources available for flood damaged orchards.

Thoughts and Observations to Date 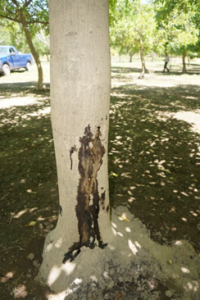 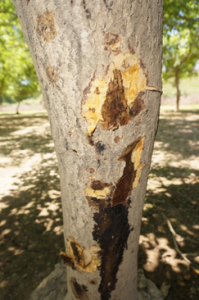 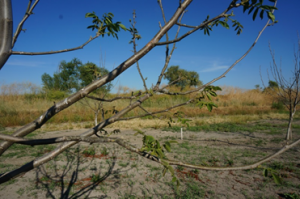 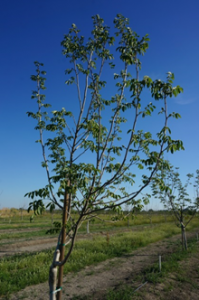 Photo 6. Late leaf out of waterlogged Chandler on RX1 rootstock. The tree on the right appears to be recovering as soil dries out (taken on May 23, 2017). Photo: J. Hasey.

Our approach is to study two potential problems of concern:  1) diseases caused by Phytophthora and 2) impact of waterlogging on the root system.

Check back on Monday and Wednesday for Part 2 (management considerations) & 3 (resources for flooded orchards).