Impacts and Recovery on Walnuts from 2017 Flooding

2017 brought unprecedented high and fluctuating water flows in the Sacramento and Feather Rivers, damaging orchards from direct flooding and indirectly via under-levee seepage. Many trees had a long exposure to waterlogged conditions through the winter and spring. With this extensive flooding, we expected to see effects through the 2018 season in several orchards. Previously, we reported on results from sampling trunk cankers for Phytophthora and roots in a waterlogged young orchard, and key factors/conditions leading to survival or mortality of flooded trees based on observations; all previous walnut flooding articles are available here.  This article details completion of sampling and observations of disease, survival and recovery in 2018, as well as recommendations to minimize losses in flood-impacted orchards. 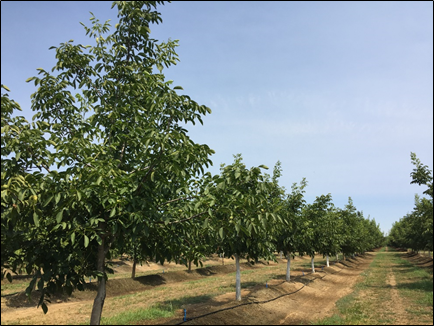 Figure 5. July 2018 growth response of 2017 flood damaged 5-year-old trees that were topped in May 2017 (trees with white trunks) vs. a less affected tree in the foreground that had little pruning. Photo credit – Janine Hasey. 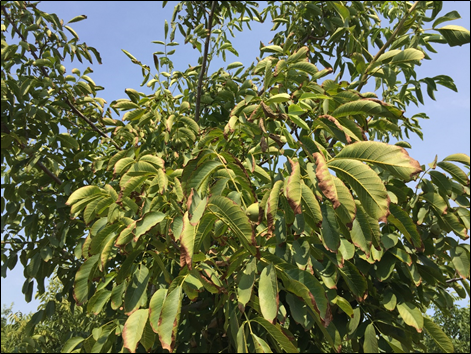 Figure 6. Scorched outer leaf symptoms in same flooded orchard in July 2018 indicative of too much water due to over irrigating with a high water table. Photo credit – Janine Hasey.