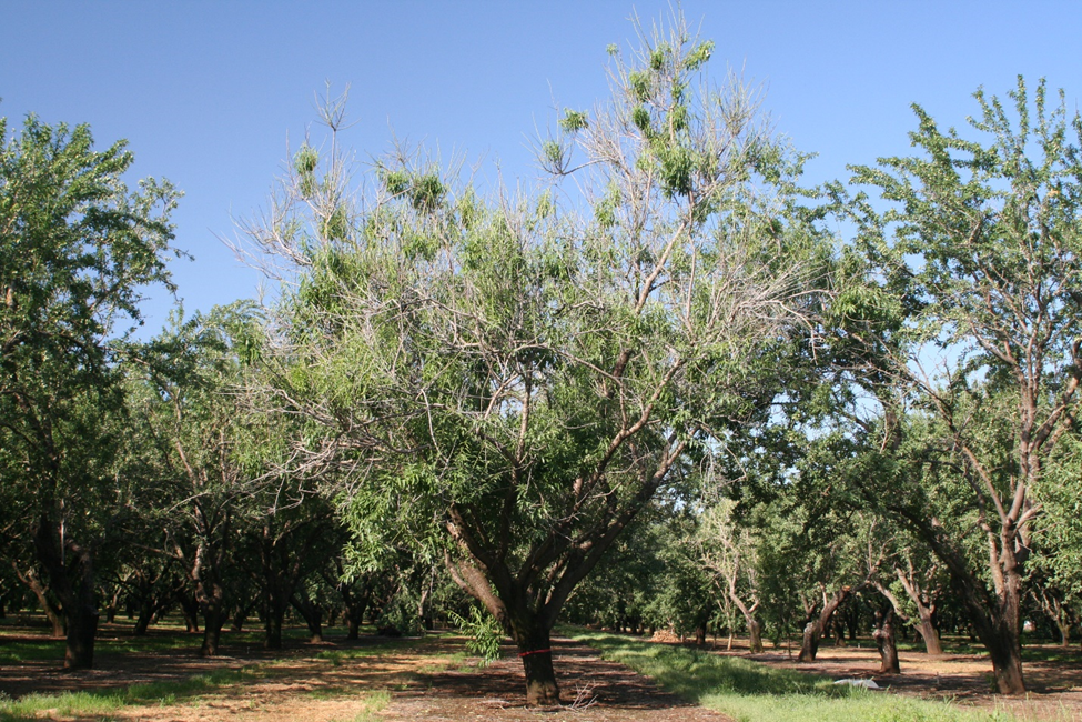 The 2015 season was a bad one for the expression of non-infectious bud failure (BF) symptoms. This followed a heat wave in June 2014. BF is more severe in warmer areas of California. Additionally, following a hot June the previous year, BF is often more clearly expressed in the following spring.

BF does not affect the flower buds. Flowers form and bloom normally although the bloom time is usually delayed by four to seven days. It is the vegetative shoot buds that fail. Yield losses occur because fruit wood development is reduced and possibly because more limited leaf surface reduces carbohydrate production.

On individual shoots affected by BF, the basal or terminal buds are more likely to survive since they grow during cooler times of the season. Pruning won’t eliminate the problem. Re-growth that occurs following pruning has at least the same potential to develop BF as the tree had prior to pruning.

Various sources of a variety have different BF potential. The key element of control is the selection of single-tree sources whose low BF potential is determined by growing progeny trees under orchard conditions in a high temperature area. If BF is initially expressed in trees early in their training stage (up to 4 years), expression is severe because a large part of the tree is affected. If symptoms are initiated later, lesser expression results and affected parts are confined to smaller areas in the top or periphery of the tree. This is the basis of recommending BF trees be removed if symptoms develop during the early orchard development period.

There are three options for dealing with a BF problem in your orchard. First, you can simply continue to maintain the BF trees (this is usually the best option in older trees). Second, it’s possible to top work the affected trees by budding or grafting using wood with a lower BF potential, but this takes considerable attention to detail. Finally, replacing the tree by replanting is another option. Top working or replanting is a good choice if the trees are noticed in the second to fourth leaf (the sooner the better). So, make a major effort to detect BF in the second to fourth leaf. Once trees are mature, replacing the tree should be done only if there is sufficient time left in the orchard’s life to recoup the cost of the new tree and the yield lost from the BF tree while the replacement tree is coming into bearing. Generally, the orchard must have more than 10 years of life remaining to justify replacing a BF tree.

Early BF diagnosis is critical in reducing the time to a break-even yield (photo 2). The first opportunity to observe BF in a new orchard is the spring of the second leaf. Observations must be made in March or April when symptoms are clearly visible, since new growth from the surviving buds can mask BF later in the season. If trees are long pruned in the first dormant season, the symptoms will be more obvious in the second leaf. Short pruning tends to mask the symptoms until pruning is reduced in the second or third dormant season. 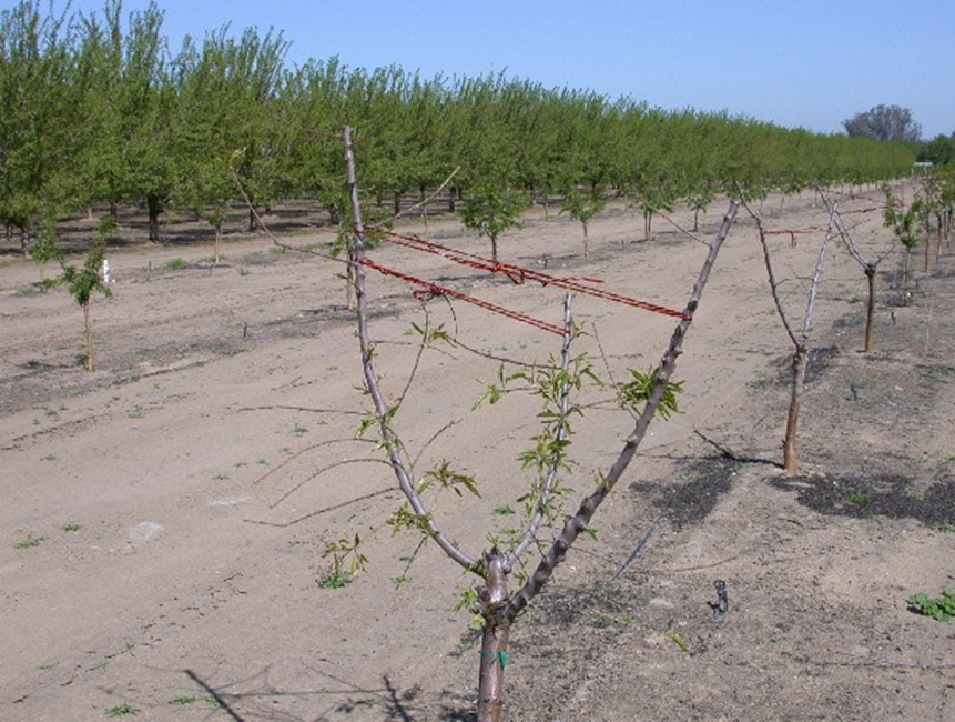 BF has the greatest impact on future productivity when second through fourth leaf trees are affected. Replanting or top working any tree showing even mild symptoms at that time should have beneficial yield effects in four to five years. Mild BF symptom expression after the fourth leaf may not warrant tree replacement. Severe BF may continue to warrant replacement until about the eighth or ninth leaf.

For trees five to six years old, replace the trees only if BF is affecting the main framework of the tree. If you find trees like this it means you probably overlooked them when they first showed subtle signs of the disorder in their second or third leaf. Mild BF affecting only the upper canopy may not seriously affect yield.

When older trees become affected, do nothing. The cost of replacement and the yield loss following tree removal will not be offset by increased production before the orchard is removed. When BF is restricted to upper portions of the canopy there’s less impact on productivity.