UC researchers are conducting trials observing soil water dynamics for improved water use efficiency and conservation in orchard crops. In the middle of a drought, there are several management practices that may improve the retention of limited water resources.

Capturing surplus surface water and “banking” it as groundwater through the off-season irrigation of almond orchards has the potential to help offset groundwater overdrafts in some California water districts. 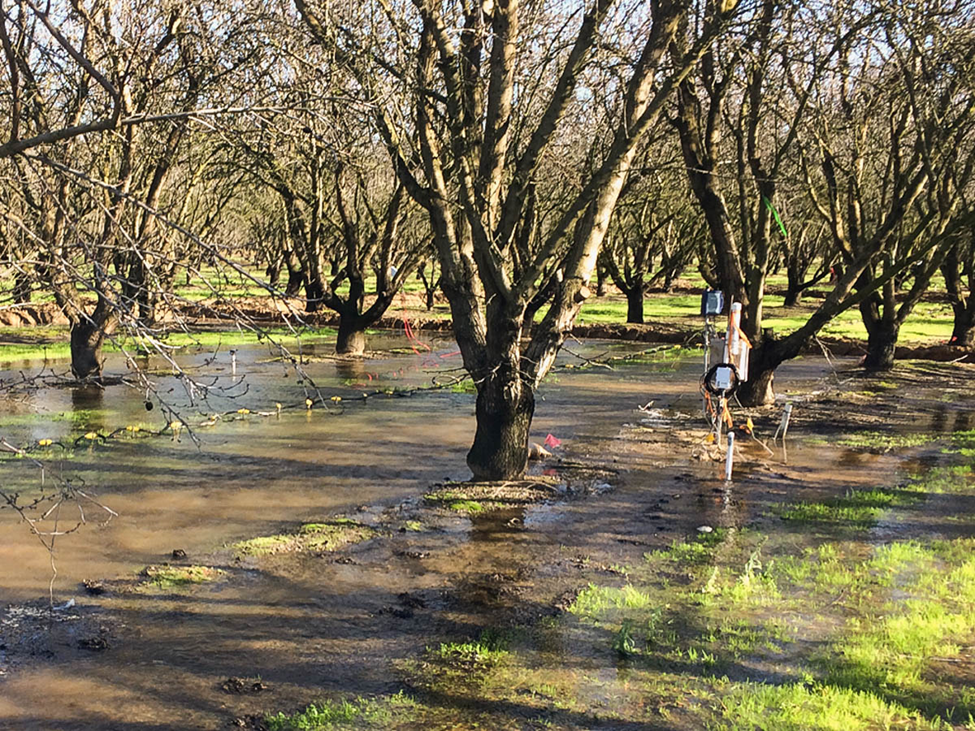 In experiments in the Central Valley, city stormwater runoff was captured and used to flood irrigate almond orchards with a total of 24 inches of water. Results showed that more than 90% of the water applied to sandy soil and 80% of the water applied to loamy soil percolated past the root zones, with no detriment to tree water status, canopy development, or yield. Additionally, groundwater recharge did not negatively affect new root production, but rather tended to extend root lifespan.

Based on these data, winter irrigation is not likely to have negative impacts on almond orchards in moderately drained to well-drained soils. However, the opportunity to flood almond orchards during the dormant season will only be feasible during years when excess surface water is available, and bloom in mid-February presents a limited window of time to do so. Also, to help prevent unintended tree injury or loss, growers need to carefully consider rootstock, soil type, and other factors that affect water percolation when adopting a strategy for groundwater recharge in almond orchards. Additional resources include a guide from the Almond Board, a map from UC Davis researchers showing suitability of groundwater recharge based on soil characteristics, and a Growing the Valley Podcast episode on groundwater recharge.

Winter cover crops offer many potential benefits to an orchard. They can increase soil microbial diversity, increase nutrient cycling, capture solar radiation, improve water infiltration and rainfall capture, and reduce overwintering navel orangeworm populations on the orchard floor in almond orchards. Winter cover crops are not without their cons however, including the need for soil moisture to establish a stand in the fall, and the risk of a colder orchard in the event of a freeze during bloom in February.

Soil organic matter is known to improve soil structure, and therefore influences the movement and storage of water within the soil. Organic matter amendments such as composted manure, which is readily available throughout California, can be used in orchards to enhance water use efficiency.

A recent study in a Modesto almond orchard has shown that composted dairy manure applied as mulch in the fall and wetted by irrigation during the growing season to allow for incorporation, was effective at enhancing soil water retention, improving soil organic carbon, and reducing tree water stress (measured by stem water potential). The use of organic matter amendments will typically have the greatest effect on soil water retention on course-textured, sandy soils with low initial soil organic matter content. Additionally, in California orchards, organic matter amendments are applied during tree dormancy to maximize the exclusion period between amendment application and harvest to minimize food safety risk. 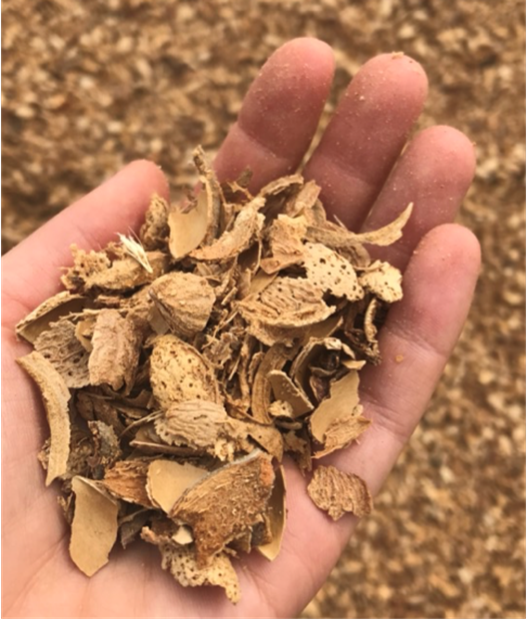 In ongoing experiments, surface-applied hull/shell amendment creates a “mulching effect” on the soil surface, which can increase water infiltration rate, reduce evaporation, moderate daily temperature, maintain higher soil moisture in the uppermost soil layer, and create better conditions for increased root growth near the soil surface. In one local almond orchard, hull/shell amendment maintained higher soil water content in the top 0-4 inches of soil and lower tree water stress between weekly irrigation events when compared to bare ground. Hulls/shells can be delivered for free by local processors because processors want to remove the materials from their facilities promptly during harvest. 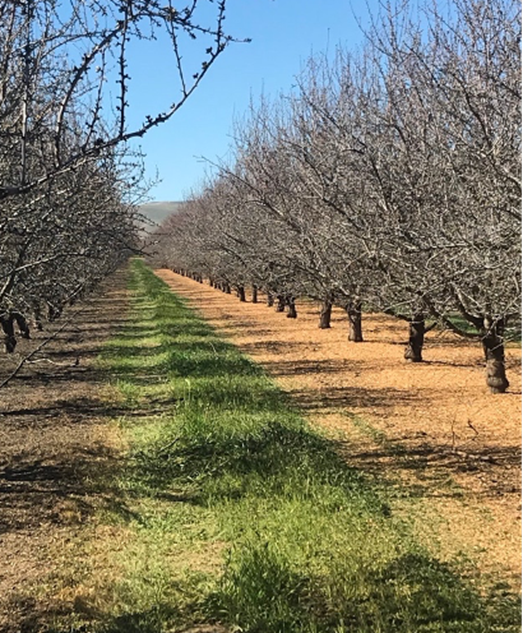 Tillage has variable effects on water movement and retention based on permeability at the surface where soil is disturbed, overall soil texture and structure, and a potentially impermeable hardpan at depths where tilling does not occur. Reduced tillage has been proven to reduce soil erosion, and when no-till practices are implemented along with cover crops, they provide an enhanced ability to improve water infiltration and increase soil organic matter in the topsoil.

Soil water content and movement are inherently linked to soil type and texture, so the effects of these practices will vary based on location and other management factors. Growers are encouraged to try any of these practices on a portion of their fields and to track soil moisture and stem water potential with a pressure chamber (pressure bomb) to see if this makes a difference for their trees.