The yellowing Howard problem is one specific instance of waterlogging induced root death. The yellow Howard problem was observed by Janine Hasey (UCCE Emeritus Sutter-Yuba and Colusa) during cool, wet springs beginning in 2006. Hasey noted random Howard trees would turn yellow and often collapse by the end of summer in Sutter and Yuba counties. The trees were on Paradox seedling and between 4 and 11 years old on a range of soils and irrigation systems. Excavated trees in 2010 and 2011 exemplified the yellowing Howard problem, with root decay severity consistent with the severity of canopy symptoms. However, no Phytophthora, Pythium or elevated lesion nematodes were found. Instead the root decay seems to be a physiological (instead of a pathological) result of waterlogging induced root death. Much like the Howard nut drop seen earlier in the summer, Howard appears sensitive to problems following cool, wet springs. At the end of May, I observed during a farm call, a Howard on Paradox seedling rootstock orchard (photo 1) that had sporadic yellowing and collapsing trees across the block, generally without a canker evident at the base of the trunk. The symptomatic trees in this orchard were generally smaller and therefore have less capability to use excess soil moisture from rainfall and irrigation. The key management solution to the yellowing Howard problem is irrigation management, which we discussed in part 1 on the broader problem of water logging. 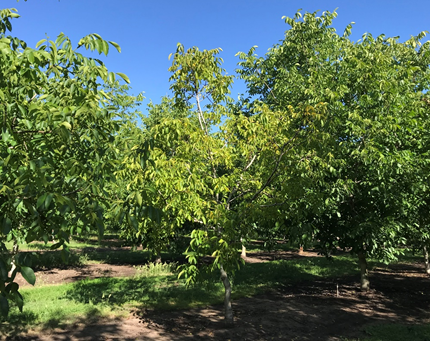 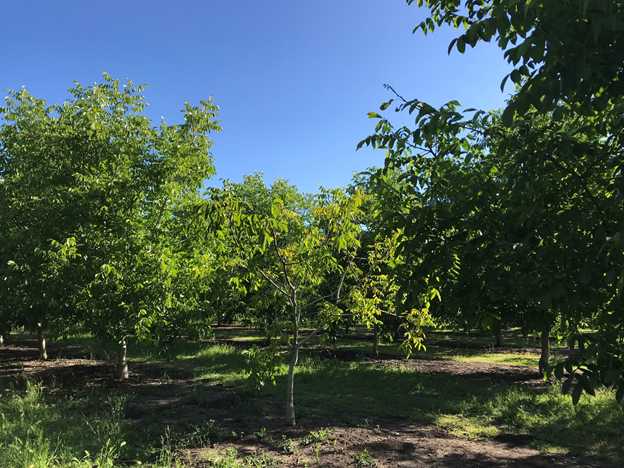 Photo 2. Another yellowing Howard on Paradox seedling walnut tree (in the middle, likely a replant) in-between two larger trees with healthy canopies in an orchard in Chico, CA on May 29, 2019 (photo: Luke Milliron). 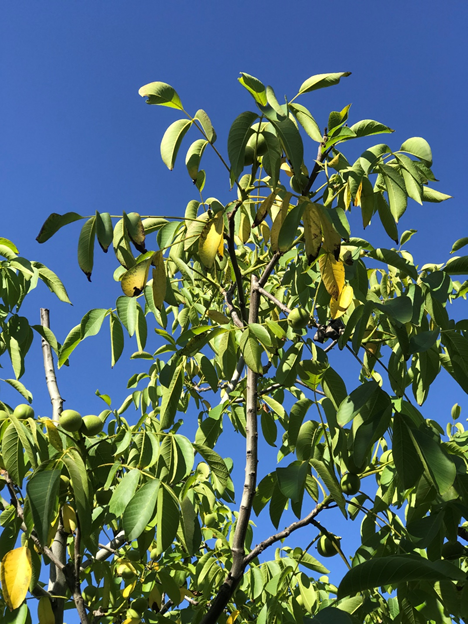 Photo 3. Close-up of the pattern of yellowing and a lack of new growth on a Howard on Paradox seedling walnut in Chico, CA on May 29, 2019 (photo: Luke Milliron).