Five Steps to Prepare for the Next Sudden Autumn Freeze

In the Sacramento Valley, an autumn freeze has damaged walnut orchards every November for the last three years. Although sudden autumn freezes are nothing new for walnut growers, it is potentially unprecedented to have severe autumn freezes three years in a row! Now, preparing for these freeze events needs to be a regular part of every walnut grower’s summer and fall orchard operations.

How to reduce future damage. 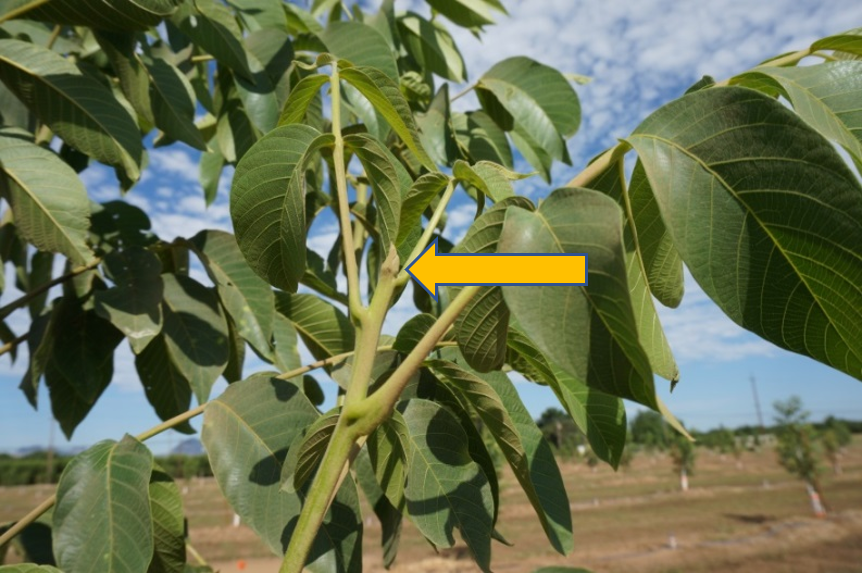 For bearing trees, terminal buds may set as a positive side effect of the water cutoff ahead of harvest done to avoid shaker injury. 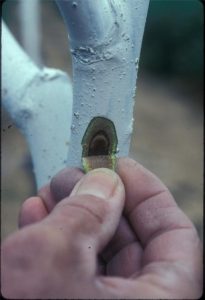 Photo 2. After a severe freeze event cut into the southwest facing trunk, looking for dark brown discoloration of the cambium (photo: Janine Hasey).

The November 2018 freeze caught several walnut growers with large and small acreages in the Sacramento Valley by surprise when severe freeze damage was seen in spring 2019. After these growers adapted their management practices, particularly with postharvest irrigations in early November when there was no rainfall, their trees survived the freeze events in 2019 and 2020 largely unscathed. In 2020-21 because of severe drought conditions, a Butte County walnut grower irrigated regularly throughout fall and winter to maintain constant soil moisture and attributed this practice to his success of avoiding severe freeze damage.

Drought is a clear and direct challenge to preparing for the next sudden autumn freeze. Let’s hope for early November rainfall since it is likely that growers with only surface water sources may not be able to irrigate this November.